Fly on a professional flight simulator

What should you do if you have a fear of flying? 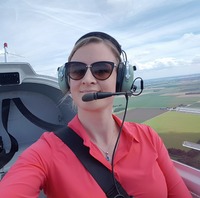 The best way to get rid of your fear of flying is to start flying. Of course, that is easier said than done. We give you 7 tips.

Perhaps the most important tip: divert your thoughts to something nice. Because what you pay attention to will only get bigger. So focus your attention on something else than your fear of flying.

Think about how you will soon be lying on the beach, with a nice cocktail. Have a chat with the people next to you. Or something as simple as the bottle of wine you are going to order during your flight. Download your favourite series or podcast for the road, take a good book with you. Make sure you have something to do during the flight that you are looking forward to.

2. Take an honest look at the numbers

3. Get to know your aircraft a little better

Secretly, you know very little about aeroplanes. This can also give you a feeling of insecurity.

In any case, it is good to know that everything in an aeroplane is double. An airliner has multiple engines, multiple speed and altitude meters, dual controls, and so on. Does something break down during the flight? Then there is always a backup. If one of the pilots is unwell, the other can always land the plane.

Furthermore, equipment is not just installed in an aeroplane. Everything has to pass years of testing and the bar is much higher than for example new electronics in a car. Things that can break down and jeopardise safety are not allowed in an aircraft. This also applies to equipment that could be operated incorrectly.

4. Even though you cannot see the flight preparations, they are gigantic!

Before the pilots decide to take off, a lot of checklists have already been completed. Both the interior and exterior of the aircraft are checked before each flight. If there is anything wrong with the aircraft, the pilots will not take off. If they discover in the air that something is wrong, they will turn around immediately.

If you feel some turbulence during your flight, this is because the aircraft is passing through air layers with different wind directions or temperatures. Aircraft are built to withstand gigantic forces and a little turbulence is child's play by comparison. So don't worry.

6. Don't be too hard on yourself, you're not alone

In fact, about 1 in 3 people develop a fear of flying. It is a myth that fear of flying only occurs in people who have never flown. It can also develop later. For example, because you once had a flight with a lot of turbulence. Fear of flying is therefore not something to be ashamed of. The first step towards overcoming it is to talk about it.

A fear of flying training course can help you take the first step towards flying (again). In a Fear of Flying course, an experienced pilot or flight instructor will first have a preliminary interview with you. The specific fear that you have will be discussed. This can be anything: for example, fear of small spaces, lack of control, fear of turbulence or of what could go wrong.

After such a preliminary interview, you go and fly in a reconstructed cockpit. Suppose, for example, that you are afraid of turbulence, the instructor will set up a simulation with just about the worst turbulence you could encounter. To show you how much control the pilots have. But also to show you the procedures during take-off and landing. The next time you will know what happens during a flight, you will be more confident getting into an aeroplane.

If you want to follow a fear of flying course, please check the following page: 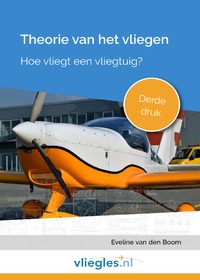 Do you want to know more about flying?

Then download our theory book "How an aeroplane flies" completely free of charge. This booklet describes in an accessible way the background of a first flying lesson. So that before or after your lesson you can read back what happened around you. You will read about, among other things:

You can also order the book as a real book on Bol.com or give it as a present with a flying lesson.

P.S. You can become a member of our newsletter, but you don't have to.

The author of this article is Eveline van den Boom. In 2006, she received her first flying lesson as a birthday present; a beautiful flight over Rotterdam. That tasted like more!

In 2010, she got her PPL licence in Lelystad. In 2011, an aircraft was purchased: an Aero AT-3. This aircraft is still flying in the Vliegles.nl fleet with callsign PH-EVB.

She wrote the theory books "Theory of Flying" and "Theory helicopter flying". These can be ordered with your flying lesson and are also separately for sale on Bol.com